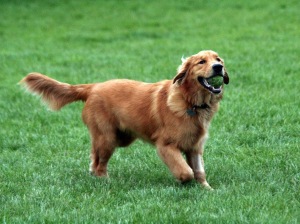 I have a long, long list of things to train Finnian to do.  So many things that I almost don’t know where to start.  I feel overwhelmed.  But certain circumstances have clued me in to the ones that seem to rise to the top of the list:

There might be more, but those are my top three plus one.

He needs muzzle training because he bit a vet tech when he went in to be neutered.  The neutering didn’t happen.  It might never happen, but we’ll see.

Crate training because he seemed to be having some problems being house trained.  The other is that if he’s left alone for even five minutes, he steals something off the kitchen counter and shreds it.  He is beginning to understand the concept of trading that paper for some canned dog food, though.

Foot handling/nail trims because his nails are getting too long.  And it’s just a must.

All of these things are going slowly and I feel like we’re even going backwards most of the time.  Finnian is very smart and rather suspicious.  If he thinks he’s going to be confined or limited in some way, he’s not going to play the game.

I thought a lot about why does he run for the other side of the room or baby gate when I try to put it up?  Hmm.  Maybe it’s reinforcement history.  I injured a knee about a month ago and I’ve had to sit a stool in the kitchen to rest the knee.  I tried to do some training for the muzzle and chin rest while I was on the stool.  Maybe I could work on some other things while next to the crate or area where I want him to be confined.

My knee is better now and I have much more mobility and can sit on the floor.  I sat on the floor near the crate and alternated between counter conditioning the muzzle and tossing treats into the crate.  I even got in some foot handling.

I also clicked and treated for his staying in the crate.

At one point I thought I would toss three or four treats into the crate but only one away from the crate.  Maybe this will help build mass around being in the crate.

He also gets frozen, stuffed Kong in the crate at bed time.  But, he’s very quick about picking up on chains and backchaining what happens when a frozen Kong appears in the confined space just before I set up the baby gate or ex-pen.

My “plan”, such as it is, is to build a reinforcement history around being the space that I want to confine him to so that he’s doesn’t feel deprived when he’s restricted to that area.

This blog is strictly my record for myself on what I’ve trained and how.  If anyone finds it helpful, that’s super.  I’m glad I could help in some way.

I play with clicker training - with my horses, dogs, and cats. I also attempt to grow vegetables with the hope of one day being able to feed my family from my garden. My daughter and I are learning ballroom dancing. Well, we were. But she left me for a paying horse job, so now my husband and I are learning ballroom dancing. I'm also now helping Peggy Hogan, of Clicker Training Horses (and The Best Whisper is a Click) to teach people how to train their own horses using "clicker training".
View all posts by Laurie Higgins →
Gallery | This entry was posted in Clicker Training. Bookmark the permalink.